My life has been wonderfully routine (which is a good thing–no drama, except on the page) lately, and so in lieu of a Five on Friday, I’m giving you a longer post about an aspect of novel writing. 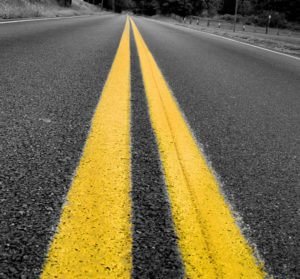 Google the word and your head might explode.  Throughline is a word much beloved of story wonks (I love those guys, too, I’m just not one of them) and some of the definitions and explanations are so complex. To put it mildly. But here’s a simply one:

A throughline is a connecting them or plot in a dramatic work.

Anyway, sex and love aside, the necklace is a throughline. It is a piece of plot. Ish.  You see what I mean? A throughline could be a character’s efforts to get into medical school, or it could be her reaction to a book she’s reading, as long as that book is important to the plot and it is mentioned several times.  And has some relation to the plot.

Are you with me?

Stories of all kinds are enriched by the addition of minor throughlines.  (Of course, many stories wouldn’t exist without the bigger throughlines.) But when writing a draft, it can be hard to keep the big picture in mind. You get so focused on the scene in front of you (as you should) that it might be hard to remember you need to mention that lug nut again. But, never fear–because you can easily drop these bits in after you’ve finished a draft.

I got very good at this after rewriting, my novel **The Bonne Chance Bakery several times.  There were certain throughlines that needed to be added, to bump up a character, etc., and at first I was daunted by the thought. But then I realized it literally is like dropping something in. I have this image of me above my manuscript, aiming little parts of throughlines at it.

Sometimes, as I’m writing, the piece I need to add is small enough that I can go back and do it at the moment I think about it. But more often, it requires some thought. And that thought will take me away from the scene I’m currently writing.  In which case I note it on my ongoing list of Things That Need to Be Added.   This is helpful not only for tracking but for keeping these items front and center in my mind. I refer to the list often enough that I’m always reading it over. And there is the thing that writing it down cements it in my mind.

You can also do fun things with throughlines like track them on large pieces of paper.  Use post-its in different colors, or markers, or any of the gazillion fun things you can find at the office supply store.  This kind of visual representation can be very helpful in figuring out what you need to add (and subtract) from your plot.

However you decide to do it, consciously tracking your throughlines can be an enormous help as you write your draft and save frustration when it comes time to rewrite. So have it.

Don’t forget–my Do That Thing program starts next week. Your thing could be writing a novel! Or organizing your lug nut collection! Whatever it is, I’ll help you get it done. You can sign up here.

*Yes, this example is taken from my WIP.  SO DON’T GO STEALING IT. Never mind. I know you won’t. There’s nothing new under the sun, anyway.

**Yes, it is still being pitched. The novel is with several editors at this very moment.