(With thanks to the Kath Eats Real Food blog for the inspiration. This is one of an occasional personal post I started doing last year.)

Self, this year I would like you to remember: 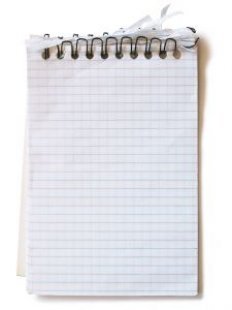 –You really do have time to write Morning Pages every day and they will get ideas flowing and set your day up for success.

–Working on the WIP novel immediately after Morning Pages will make you feel good about yourself and your life all day.

–You're not the CEO of a major company.  There is no email or phone call that needs answering before 8 AM.

–Protagonist is not spelled protaganist, the way you always spell it.

–And furthermore, seperete is actually spelled seperate.  Really, it is.

–Writing a novel "is like reconstructing the whole of Paris from Lego bricks." Amos Oz.  Remind yourself of this often.

–While we're on the subject of Paris, remember on bleak days that there's a sojourn in the city of light in your near future.

–When you think there's something wrong with a scene–there is.  Figure it out.

–Speaking of which, you know more about your WIP than you think.

–All you have to do to start is just open the file and look at it.

–Yes, you will get through the middle.  You will.

–Remember how much better you feel when you get up every 30 minutes!

–Stretching every morning will make you feel much better.

–And so does drinking lots of water. Plus, when you drink a lot of water, it helps you get up regularly.  Duh.

–Remembering to breathe fully makes you feel best of all!

–Do the most important thing first.

–The most important thing is, 9 times out of 10, working on your WIP.

–I give you permission to underline and make notes in your books.

–It is already starting to get light later and next time you look up from your computer, it will be spring.

—No whining on they yacht.  You're one of the luckiest humans on the planet.

Okay.  Those are my things I want to remember this year.  (I reserve the right to add to them as the year goes on.) What are yours? 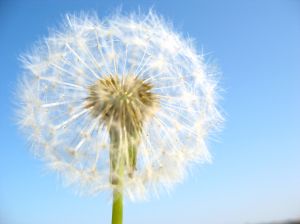 Here's a little secret about me: if I announce I'm going to do something, at some point I am sure to rebel against myself and not do it.  Does anybody else have that?  What is that about?  You would think at this advanced age, I'd have figured it out and stopped doing it.

So all this is by way of saying that last week I didn't get around to writing a personal post.  (My idea around all this being that once a week I could give myself latitude to write about something beyond writing.) Well, come to think of it, I was on an airplane on the way home from Pasadena.  And it was so, so windy in Portland that the pilot made the stewardesses attendants sit down 45 minutes early and then the plane bumped and shook so much on the descent that everyone cheered when we landed, and so of course, after that I needed wine.  And after the wine, I was sleepy.  So there was no personal post. Which is different than just not doing it, though the result was the same.

On the other hand, I have sent out a newsletter every other week for 5 years now.  And this blog post is one of over 1,000 written across a 7+ year time span.   So I guess I am able to commit to a few things along the way.  And all this makes me think about integrity, which is not at all what I thought I would write about when I started this post, but here we are.

Years ago a friend of mine who I've since lost touch with, was going to come visit me here in Portland. I was so looking forward to his visit–I was volunteering at a writing festival and he was going to volunteer with me.  A fellow writer, he and I had enjoyed long phone conversations in which we critiqued each other's work and talked about the difficulties of getting to the page with our busy lives. I'd spent time with him at his home in Texas and I was really looking forward to him coming here. And then he and I had a conversation about integrity–personal integrity–and I said some high and mighty words about how important it is, particularly in regards to writing.  And a few days later he called me and said those words had really affected him and in order to hold to his integrity he was going to stay home and write.

I was really disappointed he didn't visit, and yet I had to applaud his decision to hold tight to his word and say home and write, because he was following his vow to finish his book.  (Which I don't think he ever did, by the way, but that's another story.)  And pondering his commitment to integrity also brings up a couple of my favorite stories of not having integrity.

A few years ago, I was connected with a potential ghost-writing client.  This woman owned a high-rise apartment in one of the biggest and most expensive cities in the world, as well as a home in a well-known luxury resort area.  Yet every time we talked, she told me she couldn't afford my rates and tried to talk my fees down.  But what really rankled was this: she had a huge online presence based on her supposedly deeply spiritual persona.  Her tweets talked about love and peace and serenity.  On the phone, she was anything but serene and peaceful. Every other word was a harsh swear word, or a complaint about somebody or something.  The gap between her public image and her private demeanor was startling.  I declined to work with her. (Her book did eventually come out, and I heard through the grapevine that it did not do well.  I always wondered if her lack of authenticity had something to do with that.)

And, in yet another example, last year a speaker came through our church.  (We have a fairly large congregation, so we get a lot of New Age types eager to speak to us.)  This woman was a dynamite speaker, who told of how she healed herself from addictions through her intense spiritual practices. After her talk, she sold her book in the lobby, and my husband and I were pressed into service to help her.  Now, I don't know about you but I like to think that deeply spiritual people are also kind and patient. But she was not.  She was cranky and rude when I didn't immediately grasp how to feed information into the Square register, and short and brusque the rest of the time.  She never once thanked us for your help or even deigned to smile.  Again, her public and personal personas were at odds with each other in a most jarring way.

And I think of these stories whenever I do something that is not within my own sense of integrity. Along with independence and a commitment to my family, integrity is one of my highest values.  So it is interesting to look at where I hold to it and where I fall down. I like to think that my public and private persona are one and the same, though I am likely much goofier with the people who know me well.  But the place I fail the most often is being in integrity to myself, and I would bet that I'm not alone in this. I'll minister to family, do things for friends, and finish my client work before I even open the file for my current WIP.   I'll swear up and down I'm done with sugar, and a few hours later, I'm eating a candybar leftover from Halloween.  I'd be willing to bet that maybe you do that, too.

For my money personal integrity is a difficult virtue to uphold, perhaps the most difficult . But if I don't practice it, as in if I say I'm going to write and then don't, I feel it.  I'm disappointed in myself because I've let myself down.  And if I can't be in integrity to myself, how can I expect myself to offer it to anyone else?  In a post a couple of weeks ago–and I'm not linking to it because I can't even remember which one it was–I made mention of integrity and it seemed to me that's what resonated with people.  So it is good to write about it and talk about it with all of you and I hope that you'll leave your thoughts about how integrity arises or doesn't arise in your own life.

Photo by Henkster.  (I'm not really sure what a Dandelion has to do with integrity, but for some reason it seemed appropriate.  Make of it what you will.)