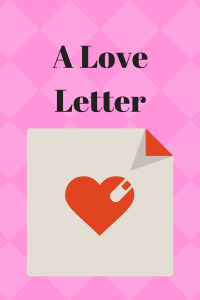 I awoke one morning this week to an email with the headline Stop Feeling Sorry For Yourself. I don’t even know what the email was about—it is one of many (way too many) I get because I signed up for something somewhere along the line.

The email stopped me for a minute. Because, right at that very moment I realized, I actually was feeling a bit sorry for myself.  So I stopped and pondered why. And realized there was no good reason for it. Maybe ….. because I was a little tired, still waking up. Because my big toe hurt. Because I was still dragging myself through the rewrite of my novel when I should have been done a week ago. No good reason.  No real reason.

You ever feel this way, too?

Stop it. Just stop it.

We have all the things in the world and yet we feel we don’t have enough.  I had a huge epiphany last week when I was working on some goals for the new year. (Finally, it took me forever to get to it.) When I think I don’t have enough, then I go for too much. Not enough food? Overeat. Not enough money? Overspend. Not enough time? Waste it.

And, worst of all, not enough writing talent? Squander it.

And of course, the whole idea of not enough is an illusion anyway, fed by my primitive, reptilian brain that is still convinced I’m living in a time when food and resources truly were scarce for days.

I’m convinced this vague feeling of not enough translates into feeling sorry for ourselves. And that translates into resentment. It’s really hard to write when you’re feeling put upon and woeful and resentful.

So, again, to you and myself, I say stop it.  In the most loving and kindest of ways. But if you want a really funny version of someone saying stop it, watch the video below. It may just become your new catch-phrase to yourself for the new year.

0 thoughts on “On Feeling Sorry for Yourself (A Love Letter)”