It has come to my attention recently that I am a plotter, not a pantser. 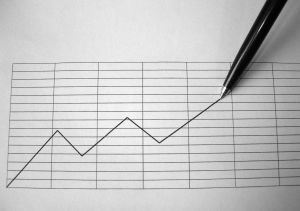 In case you're not familiar with these terms, here's a rundown:

A plotter is someone who, well, plots.  He figures out the story ahead of time, outlining plot, designing characters, making copious notes.

A pantser flies by the seat of her pants, getting an idea for a story and flying with it.

It pains me to admit that I fall squarely into the plotter category.  Why does it pain me?  Because of my romantic image of writing, which I must admit is pure romance and very little reality.  It goes something like this: you get an idea one day.  Eureka!  It's brilliant!  Has the makings of a bestseller! And then you sit down at your computer, which is in your office overlooking a white sand beach, of course.  And you start typing.  Out pops the novel, which is then sent to a publisher post haste and voila, it becomes a bestseller, while you loll on the afore-mentioned beach.

I know.  I've been a professional writer forever, and I still fall prey in my mind to this fairy tale image of the writing life.  (If I'm still victimized by it, imagine how many others, newbies and pros alike are too.) The reality is that writing is hard work.  Wonderful work but hard work.

And for me, if I allow myself to waft about and follow an idea anywhere I take it, i.e., the pantsing model of writing, there's no bestseller at the end.  Rather, disaster ensues and I get a lot of loose ends that go nowhere and a stalled novel.  Case in point: my WIP. It is strong for 70 pages, which happen to coincide with the 70 pages I had vaguely outlined.  After that, it all goes to hell.  And it's the after that part that I've lately been shoring up with a real outline.

Okay, let's be clear.  When I say "real outline" I'm not talking about the formal outline you learned to create in school.  (Are they still teaching that?) I never could figure out how those worked.  What I'm talking about is a document that reflects the fact that you have a firm idea where you are going.  This document could be a loose list, as it is so often to me.  It could be an elaborate road map complete with pictures.  I don't care.  I just think you'll do better at writing your novel with some kind of guide.

Don't get me wrong, I'm all for magic happening in a novel, such as when a character walks on.  An example of that happened as I was writing Emma Jean's Bad Behavior.  One of my favorite characters, a young girl named Ava, appeared one day and started talking.  But, for me, this is more likely to happen when I know where I am, when I have a framework to bump up against.

I'm also much more likely to make forward progress when I know where I'm going next. The best way to make forward progress on a novel is to always have a place to go next.  Ernest Hemingway was famous for stopping his work sessions in the middle of a sentence so he'd have a good starting point the next session.  The reason this story is told so often is because it's useful advice.

Besides my loose outline, I also write up character dossiers of varying degrees of complexity.   I'm currently going back to the well with this one in my WIP as well.  There were bits and pieces of backstory that I knew were important but hadn't figured out yet.  Once I figured them out, they changed not only the story but the character's motivations as well.

And all this work got me VERY excited about my novel again.  I've got a bit more outlining and planning to do, and then I'll be back at very soon, which makes me very happy.

What about you?  Which camp do you fall into?  (And don't worry, if you're a pantser, please let us know why and how it works for you.  I love hearing what works for people.)

**A lot of this is the kind of thing I talk about in my Get Your Novel Written Now class, which is currently underway.  (No link, as we're far enough in I didn't think anyone would want to join, and so I took it down.) The class runs five weeks and covers all the basics of writing a novel.  I'm actually thinking about running it again in June, in an expanded version, in which we'd have two calls a month: one informational, one Q & A, plus we'd actually write and get critiqued throughout the program.  There would also be a forum in which to share ideas, and the ups and downs of the process.  How does that sound?  Email me or leave a comment if you are interested or have ideas about such a program.

0 thoughts on “True Confessions: I’m a Plotter, Not a Pantser”